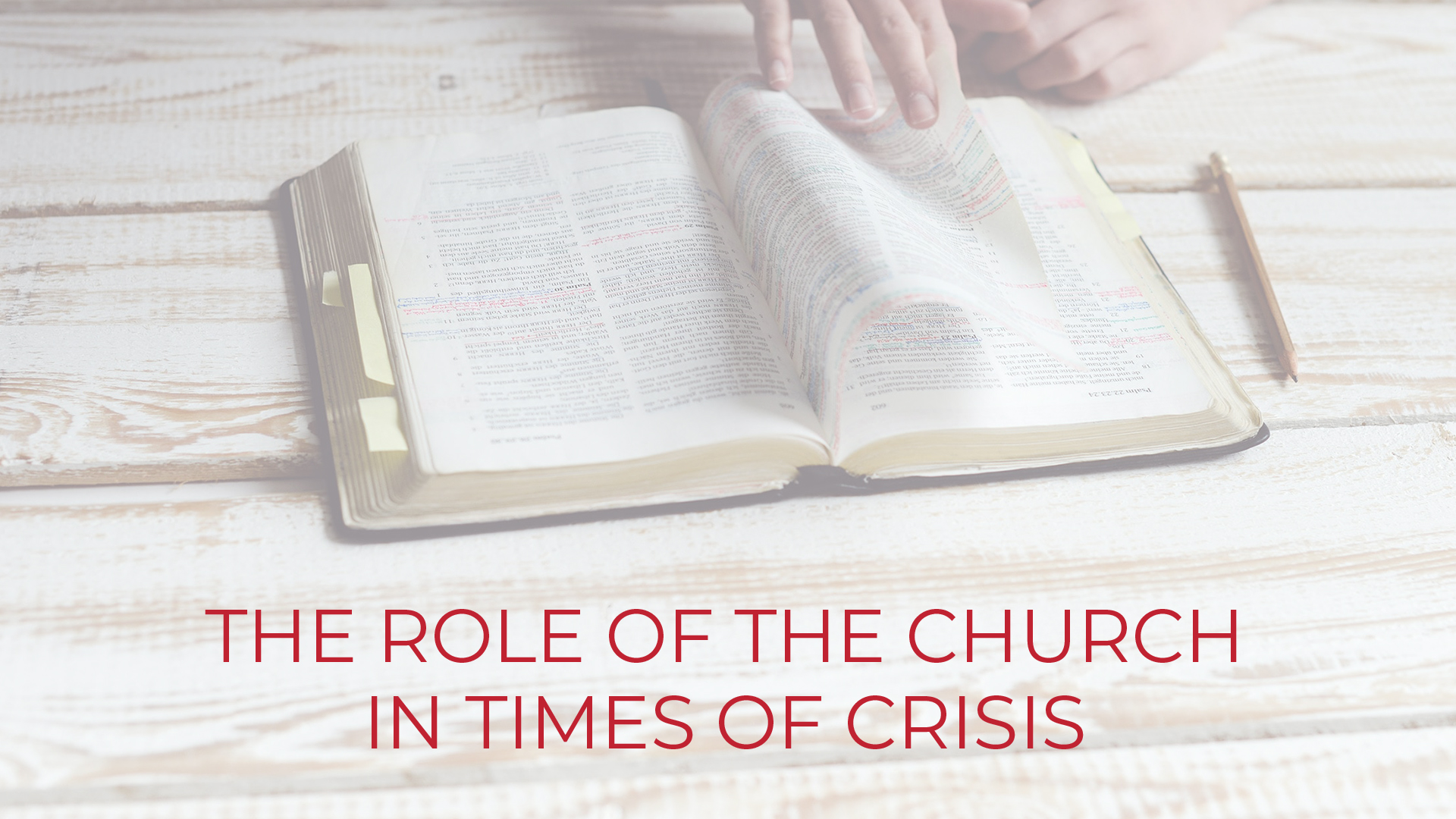 20 May The Role of the Church in Times of Crisis

Posted at 14:59h in Recent Articles by admin 0 Comments
0 Likes

“I have told you these things, so that in me you may have peace. In this world you will have trouble. But take heart! I have overcome the world.” John 16:33 (NIV)

Throughout history, the world has gone through several forms of troubles, disasters, wars and pandemics. The church has always found itself in these doldrums. Of course, “it is people who make up the church, and when people hurt, it hurts the church.” In these dark and gloomy situations, the salt and the light of the church needs to be noticed. Through it all, the head of the church, Jesus, has proved faithful. His victory over the world echoes through these difficult times.

Ebola was a virus discovered in 1976 during two simultaneous outbreaks on the African Continent. The virus is characterized by severe fever, inflammation, tissue damage, bradycardia and hemorrhagic syndrome which leads to internal bleeding (Butanis, 2014).

Overbrook Assembly of God in Philadelphia is made up of about ninety percent immigrants of which about seventy percent are from Liberia. From March 2014 to 2015, when the Ebola virus rampaged the west African countries of Liberia, Guinea and Sierra Leone, almost every family in our church had relatives in Liberia affected by the epidemic. One member of our church lost four members of her family. Others had their houses demolished to contain the spread. Most families in the city fled to remote villages to avoid the congestion in the cities of Liberia. The dead were hurriedly buried and their families had no closure according to the way Africans take care of their dead. Some members attending our church visited America to attend short courses, others came to visit relatives and friends. This category of visitors could not go back to Liberia because of the crisis. These temporary members of our church had to be supported.

HOW WE HANDLED THE ISSUE AS A CHURCH

The obvious work of the church was to pray. I remember very well that about eight months before the crisis began in Liberia, during one of our Sunday times of worship, “The Lord spoke, by prophecy that we should intercede for Liberia against imminent loss of lives.” We did pray. When the crisis started, we prayed for the nations and the families. We supported families financially. Those who came here on a visit and could not go back were also supported by individual church members and from the church’s coffers. Some received monthly support from the church in the form of benevolence. The emotional stress that this community of our members experienced warranted frequent counseling and visits (there were no quarantines and social distancing at that time). A special service was conducted to pray for the nations. An offering was lifted and sent to the Christ Ambassadors Department in Monrovia to support families severely impacted by the Ebola epidemic.

Remember, “when members are hurting, the church hurts.” Empathy and really being the salt and light in the midst of dark storms are roles that cannot be ignored by the church. At the end of the day, some of those we supported are now serving our church in various capacities. We need more grace to be salt and light as a church in the current Covid-19 crisis.

The current storm will pass by the grace of God, but what we do in the midst of the suffering of people will be remembered for a long time to come.

Kwaku Owusu-Boachie is the Lead Pastor of Overbrook Assembly of God in Philadelphia, a church that is living out their passion to love God and love people. He is an ordained minister of the Assemblies of God with a diploma in Ministerial Studies from Global University (Springfield, MO). He also earned a BA in Economics from the University of Cape Coast (Ghana), an MA

in Economics from the University of Botswana, and an MBA in Finance from St. Joseph’s University (Philadelphia). He is married to Gloria and they are blessed with two daughters, Akosua and Abena.