Light for the Lost (LFTL) serves to “empower the church to provide God’s Word for every person on the planet.” Providing a variety of resources such as audio, visual, and printed materials, LFTL has one guiding principle: all Light For The Lost assistance must be used to provide resources directly related to evangelism.

John 4:35 says, “Look at the fields…they are ripe for harvest.” LFTL-provided resources are multiplying and empowering the efforts of missionaries in communicating the story of Jesus to a “ripe field of people.”

For 60 years, Light for the Lost has not wavered from the vision God gave to Sam Cochran to send the message of salvation through Christ in many languages around the world. This heartbeat for souls brings us to the next chapter of LFTL with the introduction of Celebrate the Light, a multimedia mission-focused initiative to fulfill God’s command and reach lost people. Since our inception, LFTL has raised over 300 million dollars for missionaries and outreach centers to share the gospel of Christ. We continue that great journey with Celebrate the Light.

As part of Celebrate the Light, local churches can host a Celebrate the Light service. This service is an opportunity to connect the congregation with the mission of LFTL and allow each person to prayerfully stand with those who are in the harvest fields and give of their resources to equip missionaries with evangelism materials to reach the lost. What better way to celebrate Him than by partnering with missionaries and providing them the means to tell others about Him? 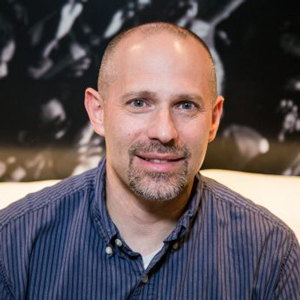 Light for the Lost Coordinator

Duane Goodling is the Light for the Lost coordinator for the PennDel District. As LFTL coordinator, Duane serves the churches of PennDel by helping them spread the need for Gospel materials around the world. He has also filled several roles at his home church, Rohlers AG (Dover, PA) through the years including Deacon Board Secretary, Treasurer, and Royal Rangers Senior Commander. Duane took his first mission trip with Rohlers in 2002, and that first experience sparked a passion in him for missions. This passion ultimately led him to leave his secular job in January 2017 to join Think Missions as Mission Director. Think Missions is a mission’s agency, founded in 2008 by Patrick Summers, with a vision to serve and empower the North American church to fill the globe with life-giving churches.

Duane is an ordained minister with the PennDel Ministry Network. He and his wife Beth were married in 1995 and have two sons, Chase and Nicholas.